Posted at 08:00h in Empowering People by Glenn Griggs
Share

Improving diversity and inclusion is a priority for most organisations.

Despite some progress in recent years, a lot of us are still trying to remedy hiring and pay policies that historically favoured some groups over others.

This won’t happen overnight. While most businesses are introducing policies that are designed to improve diversity, it may be years before they have the desired effect.

Thankfully, there is a growing body of research out there that proves that diverse teams seriously outperform homogenous ones. And it’s worth reminding ourselves occasionally that diversity isn’t just about doing what’s fair – it’s about doing what works. 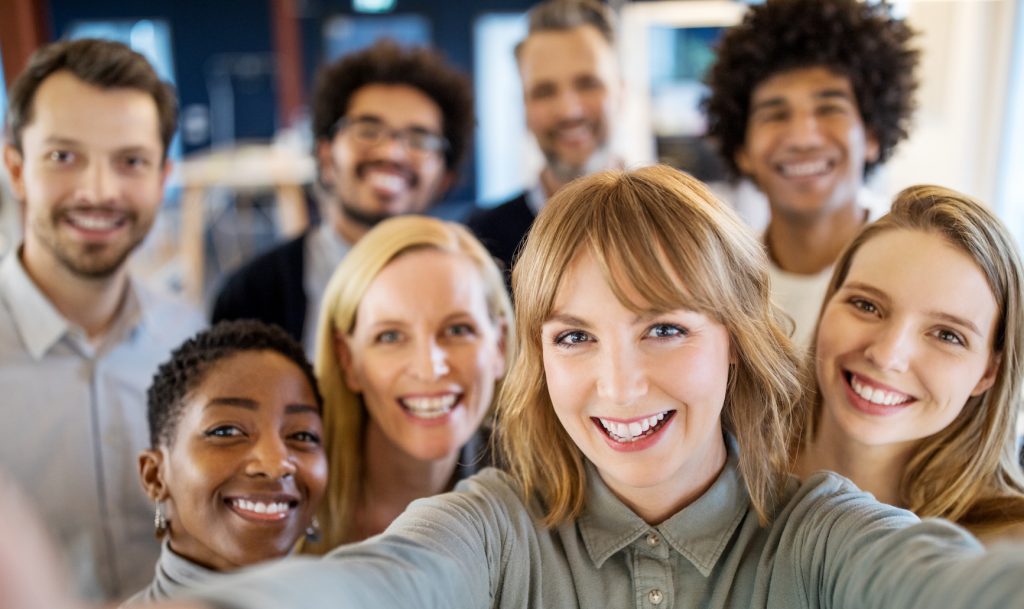 In 2018, McKinsey analysed 1,000 companies across 12 countries. They found that companies in the top quartile for gender, ethnic and cultural diversity were 33% more likely to have financial returns above their national average.

In a fascinating study from Harvard Business Review, the success rate of acquisitions and IPOs by venture capital firms with diverse teams were found to be 26% higher than those which were homogenous.

In an interesting side note, this study also found that male executives who had one or more daughters were 25% more likely to hire women than those who only had sons or no children at all. This suggests that having a daughter may have countered executives’ bias that men are more cut out for venture capitalism than women.

Researchers have also found that companies whose executives have a broad range of experiences, such as working abroad or different educational backgrounds, were 45% more likely to report an increase in market share.

Clearly, improving diversity and inclusion can have a marked impact on performance. But why do diverse teams drawn from a wide range of backgrounds tend to perform better?

A core part of group decision-making is discussion. To arrive at the best course of action, you need to explore your options and weigh up their merits. The smaller and more like-minded the group is, the fewer perspectives you’ll have and the more narrow this dialogue is likely to be.

The path of least resistance may appear faster, but when it comes to decision-making, a bit of back-and-forth is a good thing. You want devil’s advocates and dissenting voices. A worst-case scenario is a single person calling the shots and a room full of people nodding their heads.

The same is true of problem-solving and innovation. Small groups of like-minded people are more likely to have the same ideas. If these groups don’t change, they’re more likely to return to the same ideas again and again. The more people that are involved and the more diverse that group is, the wider the pool of potential ideas becomes. This gives your team the maximum chance of finding the best solution.

The modern talent pool is global, highly-specialised and more networked than ever.

Platforms like LinkedIn have made it possible for people to find and contact niche talent almost instantly, no matter where they are in the world. That said, if your hiring policy is focussed on one group of people, your options will still be fairly limited.

When it comes to attracting and retaining talent, a lack of diversity can also become self-reinforcing. If your company is primarily white and male, it may be hard to attract people who don’t conform with that or those who want to work in an organisation that is more inclusive.

A lack of diversity not only limits your options, but it may also make you less appealing to the majority of the talent pool.

Diversity is essential because organisations can simply no longer afford to ignore a large proportion of its potential talent pool. And the changing of perceptions needs to happen quicker – we simply can’t afford to wait for another generation. Neither is it right nor does it make business sense.

The UK currently has the lowest proportion of women in engineering roles and education in all of Europe. In fact, there is a critical lack of diversity across STEM in general, which is contributing to the UK’s STEM skills gap, which is already costing the UK an estimated £1.5 billion a year.

One of the key ways that we learn in the workplace is from the people around us. Whether we realise it or not, our managers and colleagues pass their experiences and skills onto us, and vice versa. The impact of this sharing of ideas, experiences and approaches is harder to quantify and measure than conventional training, but no less important.

Working alongside people who differ from us in terms of gender, ethnicity and background exposes us to a greater range of ideas and experiences. This can make us better at our jobs, but also more tolerant and open-minded. It can also help create a culture which is more accepting of our differences and more compassionate, which improves well-being and, as a result, our resilience to stress and pressure.

As we’ve discussed already, diverse teams are more likely to make better decisions, solve complex problems and hire the best possible staff. Diversity is also self-reinforcing. The more diverse your team is, the more likely you are to avoid homogeneity in the future. Each of these things is as critical for leadership as it is for the rest of the workforce.

But there is another less obvious repercussion. One of the key things that effective leaders need to be able to do is pass their decisions on to others to be carried out.

Research has found that homogenous teams that are managing diverse teams tend to underperform: “The worst situation is to have an all-male team make a decision that is executed by a gender-diverse group.”

At Ricoh, we recognise the value of diversity and inclusion within our own workforce. Just as we understand the value of innovation, open dialogue and new ideas. The technology industry has historically been a predominantly male field and we’re proud to be one of many technology companies that are working hard to address this.

We’ve introduced new policies designed to establish a fair balance in terms of pay and seniority. We’re continuing to work with STEM focus groups, local schools and colleges to attract more women into technical roles and better understand the barriers that prevent this from happening at the moment. And we’re ensuring gender parity when creating interview panels and shortlists of candidates.

These policies are starting to field positive results, and we’re committed to measuring our diversity performance and introducing new policies that can help us on our journey.

We have made positive strides and are beginning to see the benefits of our concerted efforts, but we still have a long way to go. We will only get there if we continue to talk honestly and openly about the issue.

If you’d like to learn more about diversity at Ricoh, feel free to drop me a line on LinkedIn. Or read our insights to learn how the unique skill-sets that ex-Armed Forces can impact your workforce.

Read all articles by Glenn Griggs

How to meet the challenge of collaboration for your remote worker