22 Mar Robots, holograms and implantable devices: the workplace of the future

Posted at 23:14h in Optimising Workspace by Glenn Griggs
Share

Next year the World Wide Web will turn 30 – yes, it will be celebrating its big 3-0. It’s almost impossible to comprehend how our working lives would be without the internet, email or the ability to work with people across the globe as if they are sitting in the same office. 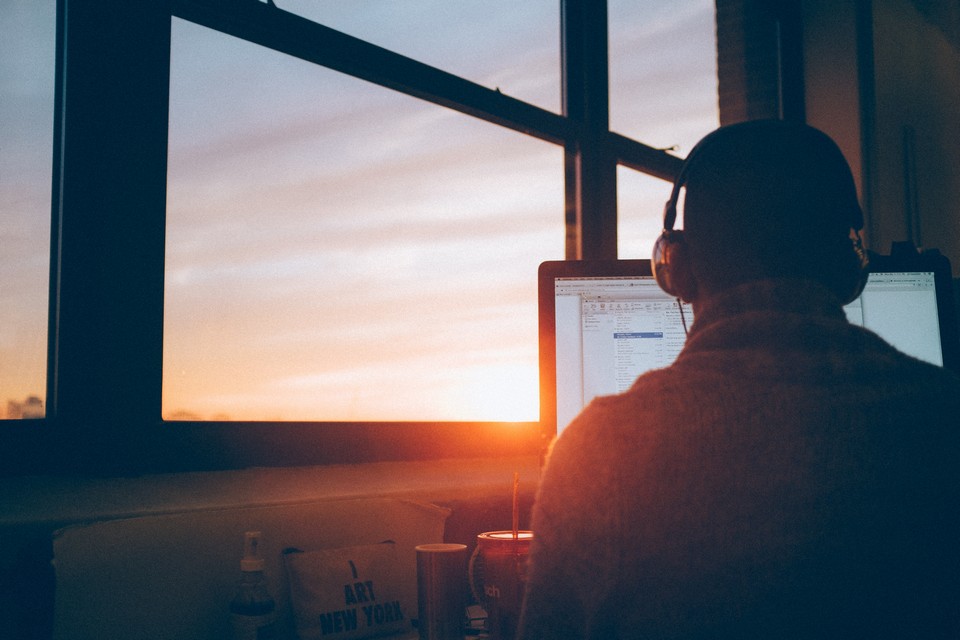 In 1989 who could have imagined a device that was small enough to fit in your pocket and could be used to access messages from colleagues, share and edit documents with teams around the world and send and receive a wealth of information on all topics?

It is unlikely something with a similar seismic impact like the internet will arrive soon, but what technological innovations are set to drive the next 25 years of workplace evolution?

Ricoh Europe recently surveyed employees from a range of industries – including financial services, healthcare, education and the public sector – and discovered how they expect their workplaces to change. Will they be dominated by highly-sophisticated technologies that will drastically change the way they work?

78% of employees predict that by 2036 their workplace will be transformed by technology and processes that don’t even exist today.

The study highlighted some interesting predictions from employees, with the majority anticipating the arrival of a tech-evolved workplace that will make use of innovations such as augmented reality, desk-based robots and drones.

59% of employees predict that holograms will feature in their workplace in the next 20 years.

Of course, it is difficult to predict with certainty how companies will embrace such technologies, yet considering the number of emerging innovations, I don’t think it’s unreasonable to suggest that these three tech advances will transform the way businesses operate.

Cognitive machines that can pass the Turing Test and exhibit intelligent human behaviour have been mooted as a first step towards commercial applications for Artificial Intelligence (AI). We know from research results from employees that there is a real desire to reduce the number of repetitive tasks and automate admin tasks. Could such technology be paired with robots to perform time-consuming tasks or augment human knowledge?

I can imagine a day when a virtual doctor’s assistant makes a diagnosis and offers treatment recommendations based on what it has learned from medical books, observing how doctors apply their knowledge and accessing information from an extensive repository of information.

With the pace in the development of robotics, there’s also a very real chance we will be greeted by a robot as we arrive into a workplace. The phone, email and meeting systems will be seamlessly connected so the robot can handle the entire meeting and greeting process.

As the technology evolves towards true AI, where cognitive computing is developed that can talk, learn and interact in a truly human way, potential applications within the workplace can only increase.

The era of smart accessories is underway, where mobile phones and tablets will be replaced by wearable technology. In 2017, Fitbit sold more than 15 million units of its smart fitness devices while data from Canalys reports that Apple Watch sales grew 54% in 2017 compared to 2016.

Internet analyst Mary Meeker also estimates that as many as two-thirds of mobile users could be taken over by wearable devices, including common workplace activities such as the sending of emails and web browsing.

Looking further ahead, wearable technology could one day be replaced by implantable devices. In Sweden, some workers are already volunteering to have a chip the size of a grain of rice implanted in their bodies to help them unlock doors, open lockers and operate printers. Since the middle of 2017, a Swedish rail company has been offering a biometric chip implanted into travellers’ hands instead of a paper train ticket.

I’m not sure how I feel about having something inside my body, but what surprises me is how quickly this technology is being introduced. You can imagine how easy this could make your day-to-day life in the future if it extends to banking, shopping and the airline check-in process.

Star Wars anticipated the use of holographic messages as early as the 1970s but the technology is now tantalisingly close to reality. Back in 2013, Brent Council in the UK invested £12,000 in Shanice, a virtual assistant that ‘sits’ behind a Civic Hall desk. While not a true hologram as it is projected onto a screen, it demonstrates how the workplace could benefit from holographic receptionists and assistants.

When combined with the more advanced interactive surfaces that are currently in development, augmented reality could take this technology to a more sophisticated level. It could potentially project 3D, interactive representations of colleagues from a workstation and make you es you feel like you’re in the same physical space. Employees would then be able to remotely attend meetings, run through presentations and have ‘face-to-face’ calls with stakeholders, without ever leaving their seat.

Evolution of the office

The creation of an office that feels like home or a recreational space – as pioneered by tech-savvy startups – is becoming an increasingly popular concept. Organisations are building workplaces that employees want to spend more time in, where leisure activities are encouraged in a bid to increase productivity. However, as mobile networking and information sharing become even more sophisticated, the idea of working together may transition from physical to digital interaction. Time-intensive tasks could be carried out by virtual colleagues and with the right technological environment, employees will be equipped to work in whatever way is best for them – at any time and on any device.

Ultimately, the workplace of the future might end up not being an office at all. Many millennial workers have already instigated a shift towards more flexible, mobile working habits, leading to a predicted reduction in office space.

The next generation of workers – Generation Z as they are called – are the most digitally-connected of all of us. It was like they were born knowing how to work mobile phone and are so switched on when it comes to digital technology. It will be the responsibility of organisations to provide the workplace that encourages them to thrive and succeed.

A workplace revolution is here – are you ready for workplace transformation?

If you want to learn more about workplace transformation, fill out the form to the right to download our Decision Maker’s Guide to Workplace Transformation.

Read all articles by Glenn Griggs